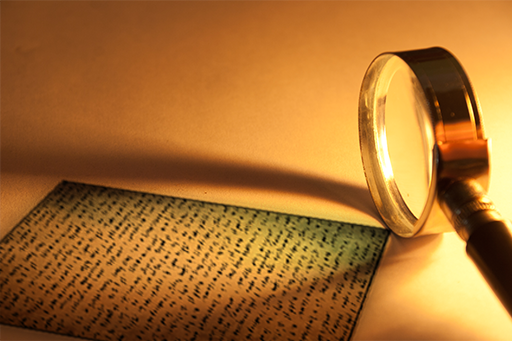 It isn’t easy to dispute popular opinion, especially when that opinion is idealistic. Yet those are the concepts that need delicate dissent to understand the balance to the idealism. the pitfalls to the practice. Often, popular opinion fits the era it grows in and goes out of style as the environment changes.

Popular thought can be confusing, and become useless. It’s learning to discern the core of truth behind the thinking that’s important, and forget the fluff others will use to distort the issue. When you get down to the foundation of a belief, everything you hear about it becomes easier to sort through.

That’s when you start the debate, the discussions, the conversations with those whose heart is turned to helping you. You’ve created your own basis for belief and can build on it through the wisdom of others.

It’s also the time when you look at that core belief critically. Take a step back and think, “if everyone told me this was a lie, would I still believe it was true?”

At that point, of course, you’d have to consider why they might think it was a lie. Always good to play devil’s advocate with your own thinking. If you don’t do it, at some point someone else will, and it can get really messy if you’re not used to it.

There are multiple reasons for deeming something true, and we each have our own tolerance for these various ways. Experience, science, faith, because your parents told you so are some of them.

Just for the record, hearing it repeated as a fact on a sitcom, or any form of mass entertainment, probably isn’t a good basis for belief. In fact, anytime you hear someone state something that’s clearly intended to evoke a reaction, consider whether the reaction is most important to them, or the response. The motivation behind words is important.

Generations have survived the time & tide of trendy thinking, parental influence and bad polling. Anytime someone gives me a ten- or twenty-word conclusive summary, or worse yet, pithy quote, of their philosophy about an important issue, I consider it worth a penny for every word. Abbreviated comments shouldn’t summarize a belief. They should launch it.

Intriguing debate, courteous disagreement, and the discretion to know when to walk away, literally or figuratively (and sometimes it takes the bigger person to do it only figuratively) help hone thoughts and ideas. A word of caution, don’t act like you’re willing to die for your beliefs unless you actually are, and decide ahead of time what those beliefs might be.

How did I come to these conclusions? I took my own advice, and this is what I’ve come to believe.

4 Replies to “the truth is in there somewhere”