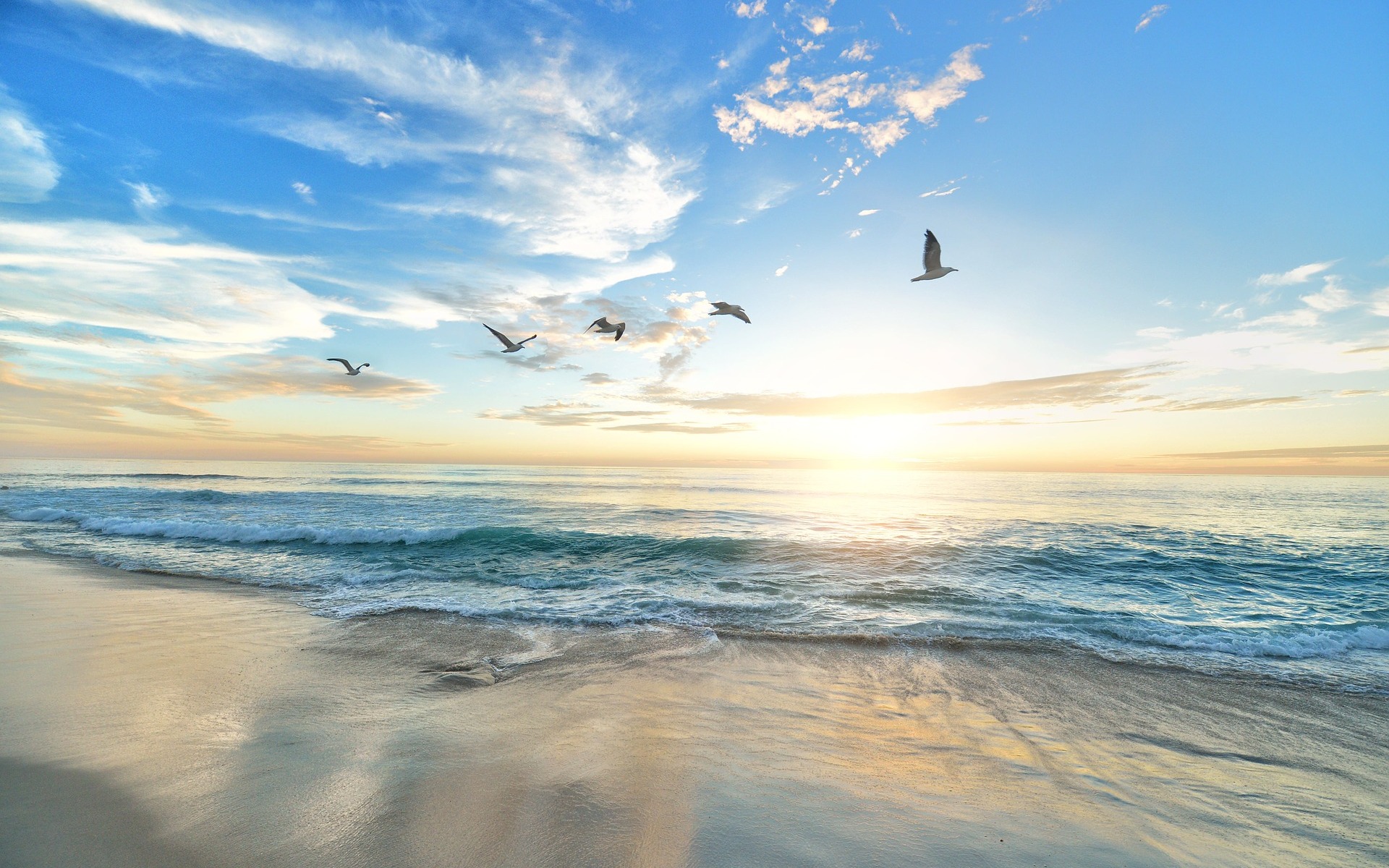 There are those who hurt us and infuriate us, people who forever remain oblivious to the harm they are doing. They are locked into their own understanding of what is good and right.

You want to honor all they’ve done for you, but seeing them comes with a price. It is a constant battle of wanting to rise above knowing you will only be dragged below by your good intentions.

At what point do you let go?

It is best, purest, if it can be done now and the issues are put behind you. But they are difficult to let go of. We are human; we are — on both sides — in many ways locked into who we are and what we believe. It protects us, guides us and provides us with clarity. So perhaps you forgive, only to be set up once again for a battle of wills and false understanding. It is a vicious cycle.

Then you hear: he is dying. He is hanging on, but soon will be gone.

It is time for a final forgiveness, an acknowledgement of our own failings and the knowledge that the temporal, in the end, is a wisp of smoke, dissipating into thin air.

It is time, but it is still hard. You haven’t been heard. There have been assumptions and presumptions that wound. Rumors and lies that become fact in the minds of others.

What does it matter? His death isn’t the final word because you go on living. What matters most?

Refine me, O Lord, open my blind eyes and lead me down the path of forgiveness.

I had a secret, and I didn’t tell, because I was afraid you would reject me.

That wasn’t fair. I should have given you a chance.

Today I know it wouldn’t matter, because I know your heart is bigger than my faults. I wish I had trusted that before.

I’m asking you to forgive me for my secret, and for keeping it from you. I’m afraid by waiting I may have created a sadness in you that will hang over us like a cloud.

But I don’t want to keep this a secret any longer.

Yes, I told her what had happened. Actually, I sent her a copy of the newspaper article, along with a card. I knew she’d never see the story herself, and I doubted anyone else would tell her about it.

So I told her. I’m sorry if I hurt you, that wasn’t my intention. In fact, if anything, it was just the opposite.

Of course I’m on your side. And I think you secretly wanted me, or someone, to tell her, but you didn’t know how to ask.

No, I didn’t tell anyone else about it. They don’t need to know, and I don’t think they’d understand what we both know, that she isn’t evil, she isn’t a terrible person. She just was the wrong person for you. 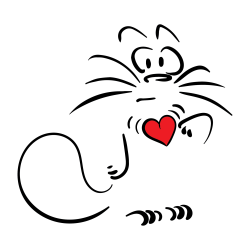 But some ties are hard to break, even when others are splintered beyond repair. Despite your pain you know that’s true. She deserved to know.

I’m still on your side. Please forgive me.

I know you have a secret, and I’ve got an idea what it is. Whatever it may be, it doesn’t matter to me. You will always be my friend.

We’ve had ups and downs in our friendship, and I’ve taken the blame at times when I wasn’t at fault. I finally figured that out. But here’s the thing: I don’t blame you, either. Life is complicated, and the blame is widespread. You’re doing the best you can.

When you want to talk, I’m here.

I really want to forgive you. Maybe. Frankly, that’s a gift you don’t deserve. You turned a blind eye to even the possibility of the truth, and instead chose to believe weak stories given to you by others, people who had a clear motive to convince you of falsehoods. You used unprofessional conduct and gross abuse of power in an effort to raise your profile before others. You preyed on my weaknesses, and I’ve paid a high price for it.

Who are you to do this to me?

The problem is, all that my anger is doing is making me unhappy. Yes, I revel in the thought of your undoing, but that’s not likely to happen. Is there karma at work in this world? Is it true “what goes around, come around”? As comforting as those thoughts are, I’m not sure the world is that equitable.

And if it is, what did I do to deserve what happened to me?

You’re not worth my thoughts, my passion anymore. Forgiveness isn’t a matter of grace from me, it’s a matter of moving forward. Of course I have constant, in-your-face reminders of what you did. It continues to jolt my life today.

It minimizes my life, and my future. It puts me at risk. That frightens me, and now I’m angry again at your arrogance in thinking you had the right to do this to me. Then I remember the people I respect think the same thing of you I do. They know who I am, and they know who you are.

I hope I’m truly able to forgive you soon, for it’s the best thing for me. It gives me back my power, and I plan to claim it. Soon. But by the same token, I hope you’re held accountable by the ones deemed proper to do so.

Since originally posting this I’ve come a long way. Yes, there’s still some anger, but it’s a tiny pest now, not a hulking monster. Time and a desire to move forward help. I won’t say forgiveness is easy, especially when the unwarranted damage has such serious and long-term consequences. And I stand by my last sentence above.

I’ve typically been a forgiving sort of person, especially if I feel I’ve been heard, that the offender has truly listened to my side.

When I haven’t been able to express my feelings or concerns, it’s a little harder, but still, usually I move on. It’s easier that way.

Admittedly, sometimes I may revisit a situation years later, typically when I’m experiencing something similar in nature. Thankfully that never lasts a notable period of time.

forgiving when the other person stubbornly remains the same is the challenge.

I don’t know how admirable it is to forgive & forget when someone has acknowledged your concerns. It’s forgiving when the other person stubbornly remains the same that’s the challenge. What happens when the person who has hurt me seemingly listens to me, then proceeds to cross me in the same way time and time again?

I have a friend who regularly oversteps boundaries with controlling behavior and gossip. It drives me batty, and I’ve tried repeatedly to talk through the problem with her. She seems to hear, then goes right back to doing what she did before.

Her attitude toward me is that of parent to child, and it’s to a point that at times I’m ready to walk away from the friendship because of my anger and frustration. It gets to be more than I can deal with effectively.

I don’t say as much because it would hurt her deeply, and I care too much about her to choose to do that. At the same time, she’s pushing her limits, and my measured responses aren’t getting through. So I remain angry and frustrated.

It hardly seems worth the forgiving, because even if I do, I’m just going to have to start the whole process again.

I know the response of my faith should be to forgive continuously, but I haven’t figured out how to do that. Overall my affection for her outweighs my anger, so in that way I do forgive and forget…until the next time. 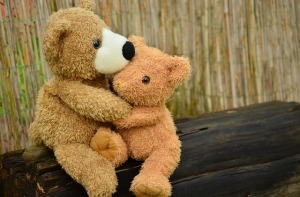 And that’s the dilemma of all our relationships, I suppose. We are who we are and some things aren’t going to change, no matter how much we know they should. So we seethe until the boiling goes to a simmer, then cools off completely, knowing the fire will light again.

It’s either that or be alone. Some days that choice is tougher than others.

Certain details of this story have been changed to protect identity. I discussed what I wrote about in this blog piece with my friend before posting it, and seeing it in writing helped her understand my feelings. Our friendship remains strong.