So often I’ve compared a given experience to learning to drive a standard. You know, with the clutch.

Today’s new drivers aren’t as likely to learn to drive this way, since most new cars today are automatic (and have been for a long time). But once upon a time, at least in my neighborhood, if you were a teenager and wanted a car, you took your official driving lessons in an automatic (the school provided  lessons once you passed Safety Ed.) and a family member took on the task of teaching you to drive a 5-speed.

You learned because a standard cost about 25 percent less than an automatic. That’s a lot of money with that price tag. Besides, there’s more power in shifting gears. More control. More attitude.

However, it’s a frustrating process. You know what you’re supposed to do, you swear you’re doing it and still it doesn’t work. That’s not the only swearing, typically. Your first teacher gives up after sharing a few choice words and passes the task on to the next unsuspecting volunteer.

Then one day, you get it. It works. You no longer are stopped at a green light, praying you won’t stall again. There’s the occasional slip-up, sure, but you now know how to drive a standard.

Other learning experiences mimic that process. For me, it was math.  Particularly algebra. I struggled and struggled until miraculously, the light broke through. Lucky for me, my high school math teacher watched my process and understood why I went from Ds to As, virtually overnight.

I wasn’t so lucky in college, but that’s another story for another day.

I’ve seen men and women take on knitting, something that is second nature to me, and talk themselves through every labored stitch. “I’ll never get it,” they might moan, but I assure them, it will happen. Just keep breaking in those new pathways in the brain.

Driving, calculating, knitting.  It takes time, but the battle is part of the joy. By the way, I impressed the heck out of a KFC worker a few years back when I pulled up in my 5-speed Corolla. “I’ve never seen a woman drive a standard,” he marveled. Ah, the passing of time. The needs, and therefore the skills, change. 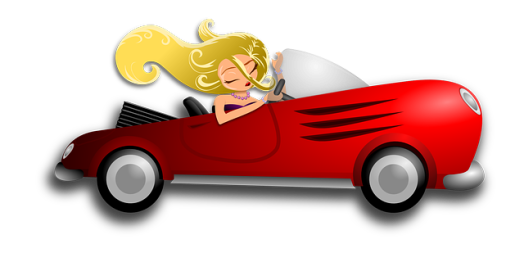 So whatever you’re learning, stay with it until that breakthrough.  Actually, I’m not going to say never give up. There is always a time to move on. Just don’t give up before the process is complete, and your frustration has matured and born fruit.