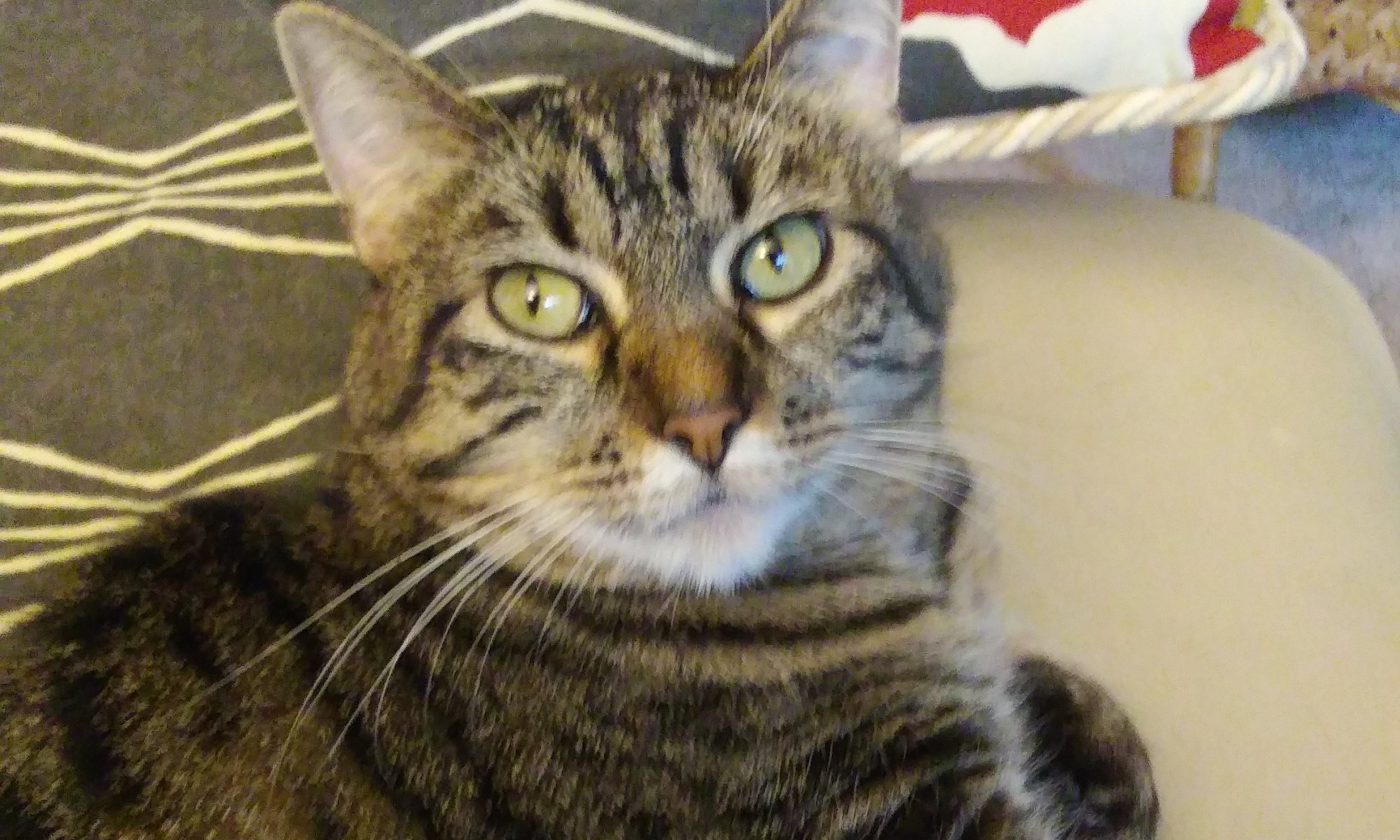 Some time ago I wrote about my precious cat Mimi, who’s experiencing a case of displaced aggression. That’s when one thing upsets a cat (in this case, a stranger cat peeking in through the front window) and she takes it out on another (her brother Walter). I’ve had to separate the two for six months now.

I tried last week to reunite them, and only succeeded in upsetting Mimi to the point she won’t leave my bedroom anymore. She’s cautiously approaching the door, but nothing more. I should add that Walter is placed in another room when I try to lure Mimi out, so she’s safe. But she isn’t so sure.

On Friday I was convinced I was going to need to find a new home for one of them. I was devastated and the grieving process began. I cried and cried — sobbed, really — and in the end realized I wasn’t ready to make that move. Saturday I spent all day knowing that, ready or not, it was inevitable, but Sunday I came up with a plan that will give each cat enough space to run around in while keeping them away from each other. It’s not ideal, but it’s fair.

Is this situation likely to resolve itself? Everything I’ve read says it’s a challenge and can take up to a year. Sometimes it never happens. I may have restarted that calendar by trying to reintroduce them too soon, I don’t know.

It’s painful all around. I don’t have any wise words to summarize my thoughts here.  Just thanks for listening.