I’ve heard the adage “always tell the truth, it’s easiest to remember” credited to several people. I’m not sure who first said it–I know Mark Twain said something close–but I believe it. I have a good memory, but if I were to get wrapped up in a serious lie, I’m sure I’d trip myself up at some point.

I try to be honest, and most of the time, I am. Still, when I went on an online diet recently, I lied about what I’d eaten. Too embarrassing to put it in print. I don’t mind saying that here because I’m not confessing to too much, but I sure didn’t want to tell the anonymous people who might be reviewing my food diary. So I quit that diet and I’m trying something else. Not particularly successfully, but with greater success than I had with that program.

Well, now, here I go. I have had more success lately, but the word “greater” might be misleading. “Slightly more” would be the more accurate term. I wasn’t lying, but I understand how easy it is to fall into deception.

It hurts me when friends or family think I’ve lied to them, especially since I usually haven’t in the way they think I have. I may have at other times–like I said, I’m honest most of the time–but not the times of which they’re accusing me. And once someone is convinced you’re lying, all the proof in the world won’t change their mind. At least, that’s my experience.

We live in a cynical world, and people would rather believe someone is lying than be caught believing said liar told the truth. There are some exceptions–some people will believe others can only tell the truth, when all the evidence points to the exact opposite.

How do we discern the truth? Obviously, past history is a great way to predict the future. Also, most people, and I’m including those who are basically honest, have a tell when they lie, and a little experience can teach us what that might be. And let’s not discount listening to our gut. 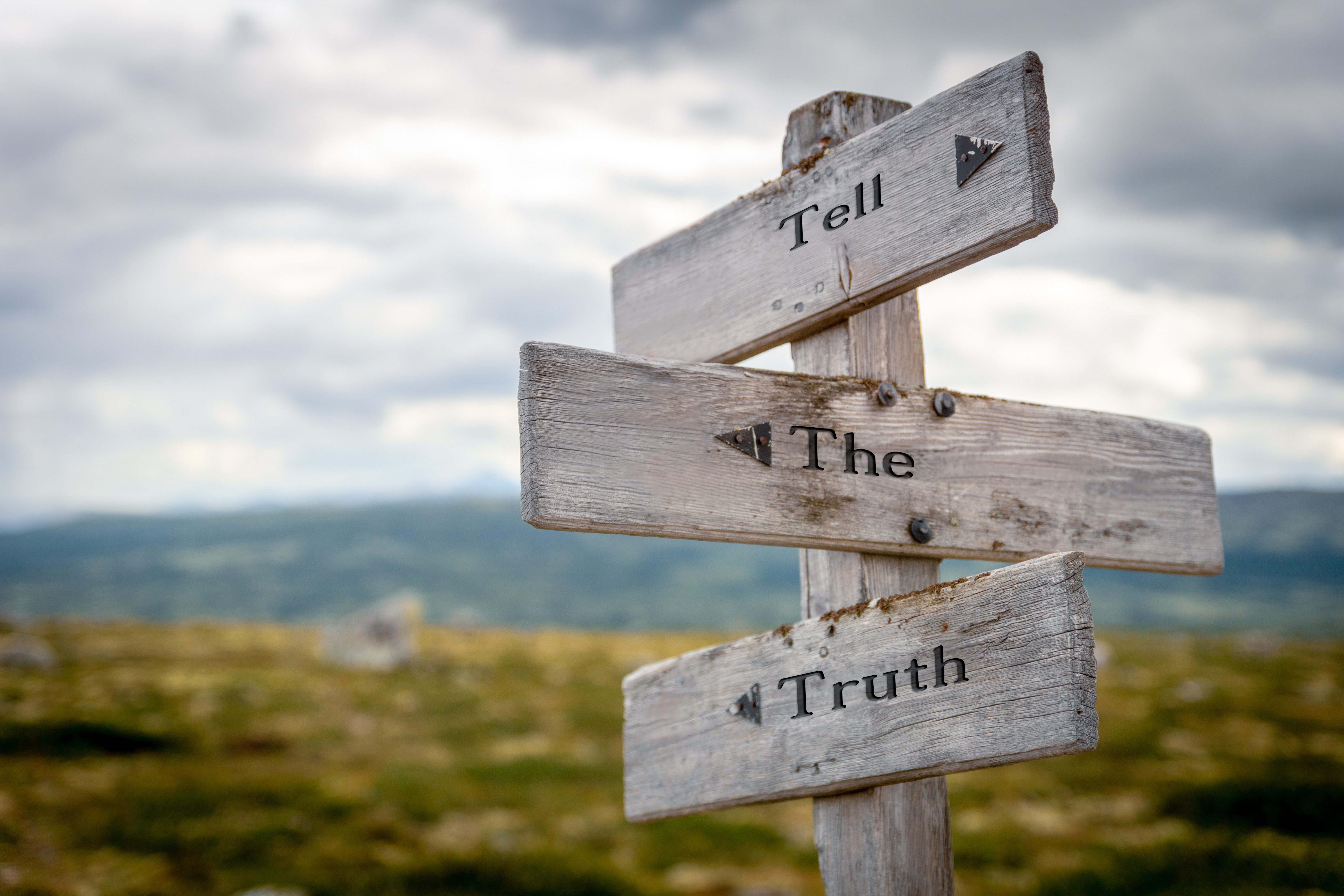 I heard a famous author promoting his book about human behavior (and I’m not sure I remember who it is–Malcolm Gladwell, perhaps?) and he said something that went against everything I’d been told: there is no certain way to tell is someone is lying or being honest. We’ve all heard about common human behaviors that will tell others what’s going on, but apparently, there’s no scientific backup for that.

Bottom line, we can only control our own words and actions. So be honest–it’s not only the easiest thing to remember, it’s what others will remember about you.

6 Replies to “To Tell the Truth”