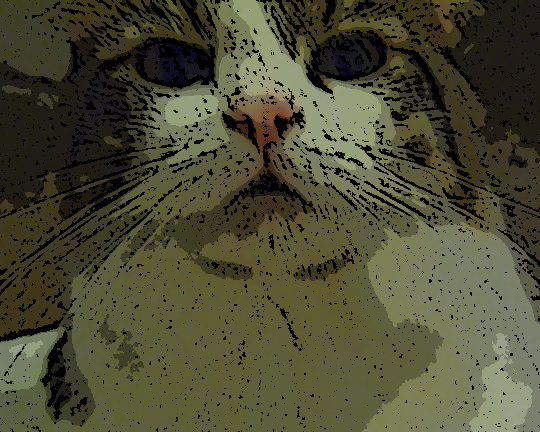 Apparently, by modern definition, I am a cat lady.

I have two, and according to a recent New York Times article, that’s all it takes. Back in the day, it was somewhere in the double digits. Okay, maybe less than that, but having two cats then was called being a pet owner.

So now, add “cat lady” to never married and avid knitter. Let’s not forget I lived with my mother for a time. Laughably, I fit a stereotype I can only hope is now as outdated as the former definition of “cat lady.”

If not, so be it. I fit it on paper only. I’m not to be pitied or mocked. Yes, I do get lonely at times. Everybody does. I remind myself then how many people my age are single for one reason or another, or worse yet, in bad marriages. Quite frankly, my situation is better than many, and not worse than most.

It took me years…

…to genuinely realize I’m valued and appreciated by others, and how essential true friendship is to contentment in life, how key it is to have people around me I can relax with and not fret about whether I’ve said or done the wrong thing.

I’ve learned to stay away from people who make me feel bad, whether or not it appears to be their fault. Sometimes I’ve taken the blame for things I’m not responsible for and find myself crashing and burning trying to right a wrong situation when the blame lies elsewhere.

In the past, and to a lingering extent still today, I tended to focus on the negative and be suspicious of sincere offers of friendship. What’s more, I always believed it was impossible for a man of worth to love me. Now, I apologize to any man out there who may have wanted to date me but didn’t because of the wall I put up. I never considered it this way before, but that’s a pretty rude attitude on my part.

I’m a bit offbeat, and happy about it.

There is somewhat of a dichotomy here, a flip side to that deeply held insecurity. On my best days, after a little mirror time, I’m confident in my appearance. I know I’m personable, kind, and empathetic. As one former boyfriend once told me (and although he meant it as a slam, I took it as a high compliment), I’m also a bit offbeat, and happy about it. In other words, I do have a fair amount of confidence in myself when I call on it.

That growth in attitude doesn’t change what I’ve done to get me where I am today. I can walk out the door, spinning on my heels with the belief I’m a brunette heartbreaker with the intellect and wisdom of, well, None Other, and thinking, men, I challenge you to be strong enough to take me on. (I have to clarify – I absolutely do not do that, and if I did, I can guarantee you with my next step I would, characteristically, slip on a banana.)  It wouldn’t instantly bring me what I may desire at that moment.

I like cats, love mine, and I love to knit.  I wouldn’t give them up, the cats or the yarn, just because they might make me look laughable to someone cocky enough to think he or she will never be an object of scorn.

I believe in the power of subtle changes…In the meantime, I’m content.

A few years ago I had a glimpse of what it would be like to have someone in my life to be a support when I needed it most. I’ve handled sad and difficult situations on my own for so long that having someone by my side was new to me. It turned me around in the way I think about relationships, and I started to open up to the whole idea of something permanent.

Of course it doesn’t change the route I’ve taken to get where I am today, the reasons why and the consequences thereof. Being open to something doesn’t mean it will or even should happen, and I’m still not sure what I ultimately want. I have a comfortable lifestyle created from living alone.

Yes, there are days when I sink into sad thoughts, but I know enough to realize a little time and maybe a good night’s sleep will bring me back to myself.

I believe in the power of subtle changes. In the meantime, I’m content with what I’ve been given, the friends and family who never fail me.

Just don’t expect me to ever change how I think about my cats. Only two, mind you, only two.